The Small Sunda Island Flores in Indonesia is a green island pearl that has not yet been discovered by tourists. It is a paradise for lovers of beautiful natural landscapes. Volcanoes and colour-changing crater lakes, spider web paddy fields, ancient villages, jungles and beaches - these are the scenic and cultural highlights of Flores that you will discover on a 4-day land tour. 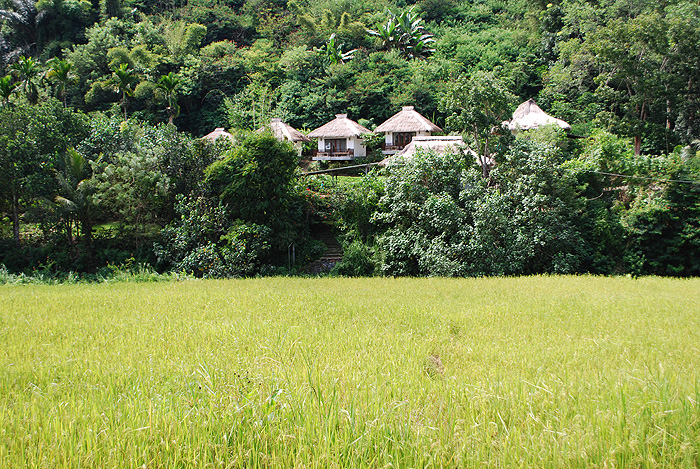 From Bali you fly to Flores island and land at the airport in the small port town Ende. From here you drive in about 2 hours to the village Moni, at the foot of the Kelimutu volcano.

You stay overnight in Kelimutu Eco Lodge, which is quiet and secluded, nestled in the jungle and idyllically situated with a view of rice fields.

On this day, we have to get up early in the morning and after a cup of coffee or tea, we drive to the volcano Kelimutu. After 30 minutes we reach the parking lot, and here a pleasant walk about 1.5 km and 127 stairs leads to the terrace of Mount Kelimutu at 1690 m altitude. From here, you have wonderful views of all three colored crater Lakes of Kelimutu and the surrounding countryside. Approximately at 10am fog or clouds can come up and prevent the view so it is important to be up at least between 8 and 9. In the midst of this lunar landscape, the colors of the Lakes look spectacular.

It's always a surprise what colors the Kelimutu Lakes will have when we visit. 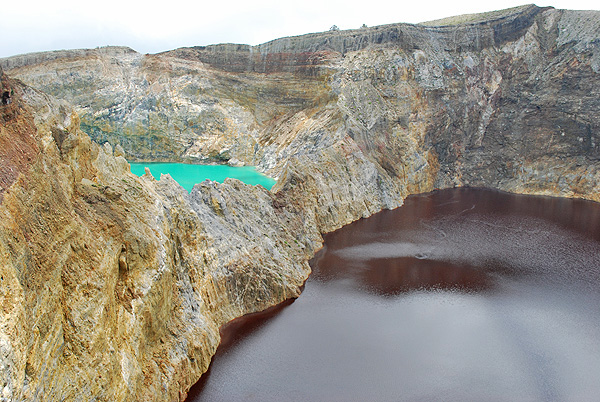 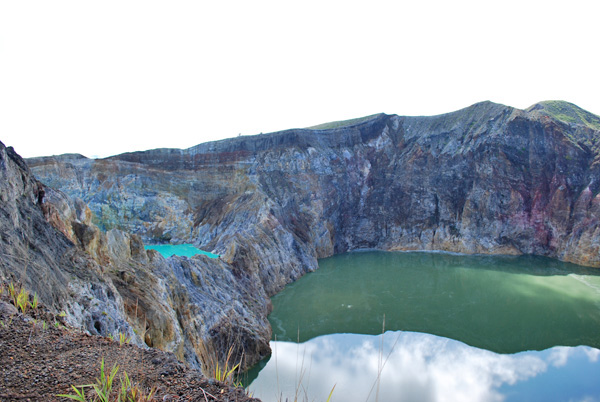 On the drive back from mount Kelimutu to Moni we are pasing beautiful rice fields and tropical Florests. Arrived in Moni, your can have breakfast at the hotel before we drive to Ende with stops at the street market in Nduaria , rice paddies in Detusoko and visit the well-preserved traditional houses in Wologai village with the for Ende region formerly typical Lioneser architecture.

Than we continue to Bajawa and stop at Penggajawa Beach, which is littered with many colored stones. The stones are predominantly blue to turquoise, but also green and red stones are in between. The stones are collected by the local population and sold as building material. On the way, we take a short walks and make stops to enjoy the scenic beauty of the landscape. 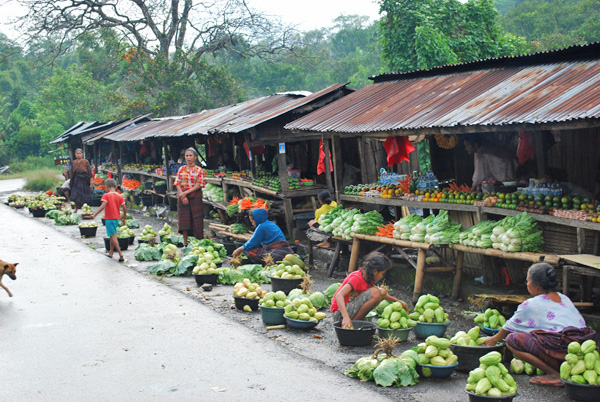 After an early breakfast we take an excursion to Bena, one of the best preserved traditional villages in Ngada district. The village consists of two rows of centuries-old grass-covered houses. In the center of the village there are sacrificial stones and cult houses that were formerly used for ritual ceremonies and offerings. The population that lives and works in this listed village today are Christians and yet some of the old traditions and ancestor worship are still alive today. 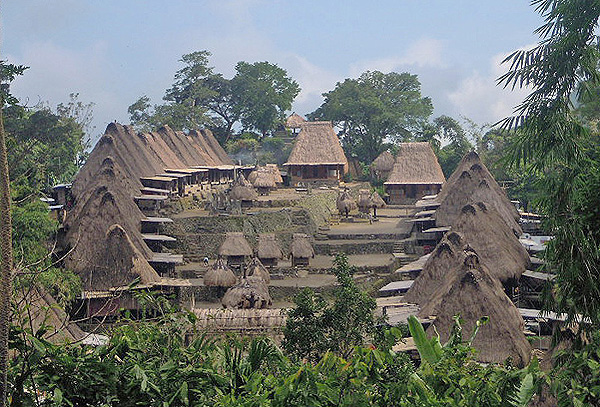 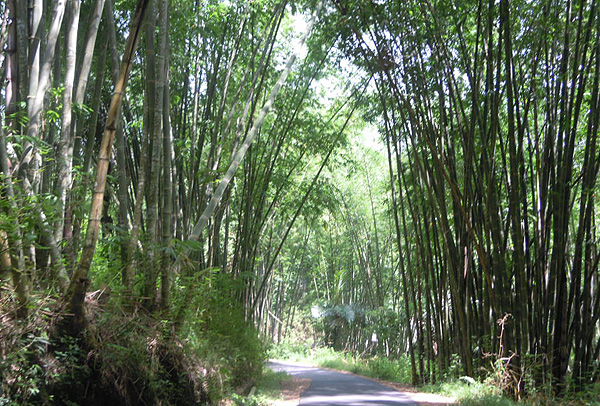 After visiting Bena and the smaller traditional village of Luba, we continue to Ruteng, taking short walks along the way. We take a break in Aimere, where we visit an original Arak distillery. This day we spend a lot of time driving through a mountainous landscape and later through terraced rice fields in Mano and with beautiful views of the Rana Mese crater lake. In the afternoon we reach Ruteng and visit Ruteng Pu'u. In Ruteng you will spend the night in a beautiful, small country hotel surrounded by a well-tended gardens. 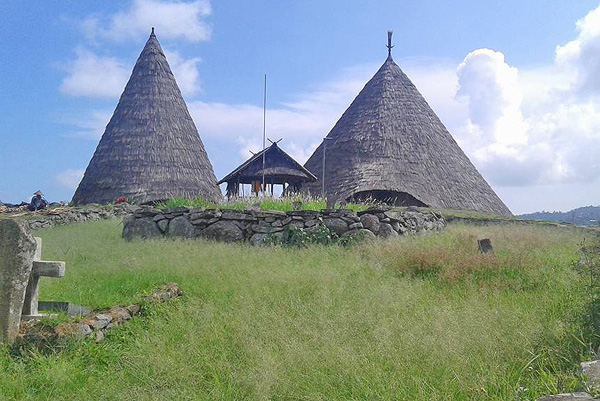 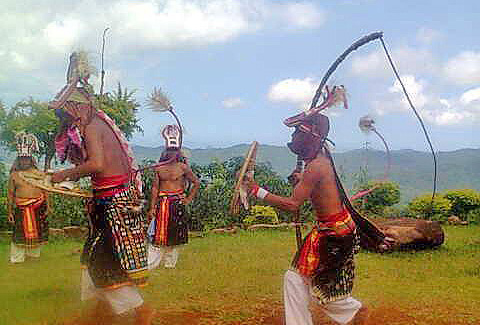 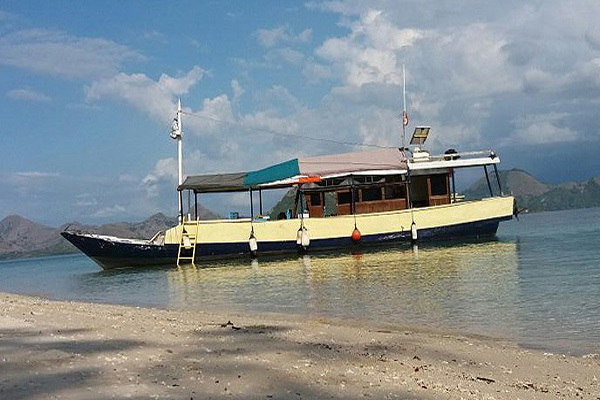 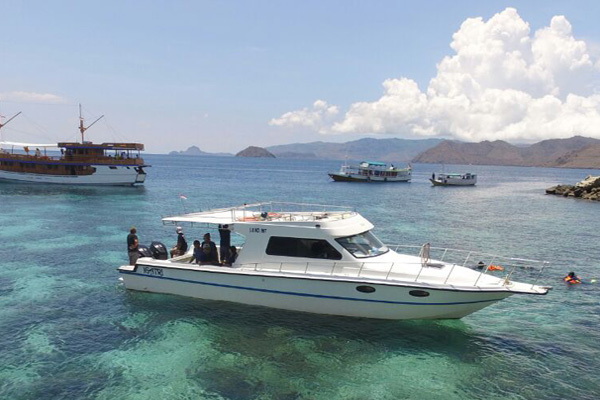 The tour can also start in Labuan Bajo and end in Ende or Maumere.